The film, shot in New York, is for Its A Penalty Campaign and has already reached 135.5 million audience world wide during the first week since the launch.

It is the second largest criminal industry in the world.

Almost 25 million people are trafficked every year and 1 in 4 victims
are under the age of 18.

Most of us would imagine that human trafficking involves someone being
kidnapped, moved across borders and exploited by strangers.

This can be the case, but most people are trafficked within their own countries and
cities and coerced into exploitation, often by people they know.

Here are some of the signs to look out for:

· Victims may be easily startled, agitated or afraid
· Unsure of where they are and lack official ID
· Unable to explain injuries or possessions
· May have strange markings/brandings/tattoos
· Have unexplained hotel use
· Be accompanied by a suspicious companion
· Children can be dressed up to look older than they are.

If you’re being exploited, or you think you’ve seen something, then say something… 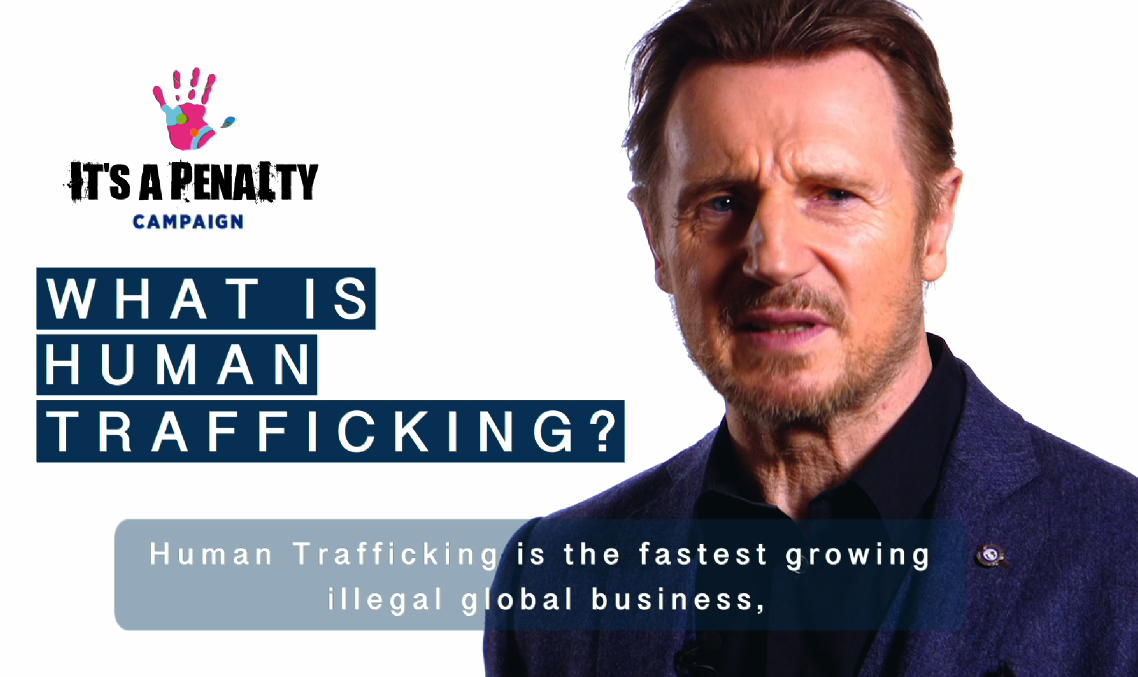