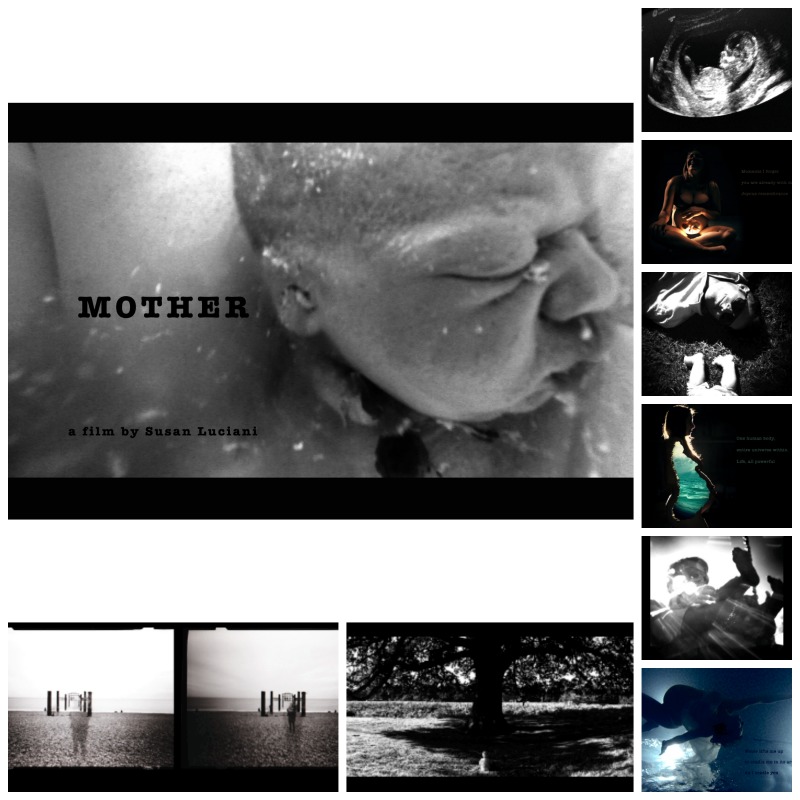 Mother tells the story of a journey into Motherhood. This eight minute art film features portraiture, reportage, landscape, still life, staged photography and filmed footage concluding with an underwater scene of a baby being born.

The film is both a private love letter from mother to child and a challenge to the public discourse surrounding birth and Motherhood. Mother reveals the kaleidoscopic transformations of a new mother in her relationships to her partner, her work, her self and the wider world.

“The staged pregnancy self portraits feature familiar pregnancy portraiture poses but situated in other worldly universes. The water birth footage shot in intense close up reveals a scene of natural birth in direct contradiction to the depictions of birth we’re used to seeing in mass media. This was a key element in Mother, to dispel the myth that medicalised births are safer for mother and baby. The  over use of induction drugs has led to the recently issued warning that due to interference, women may be unable to go into labour naturally within a few generations.” Film maker Susan Luciani

Two time frames exist simultaneously in Mother. Playing in real time is the birth of the baby. Intercut with this water birth sequence are the key turning points of the journey into Motherhood as experienced by the artist, covering a period of nineteen months, through pregnancy and the first year of her child’s life.

Mother featured at the graduate exhibition for MA Photojournalism and Documentary at LCC London, to rave audience reviews.